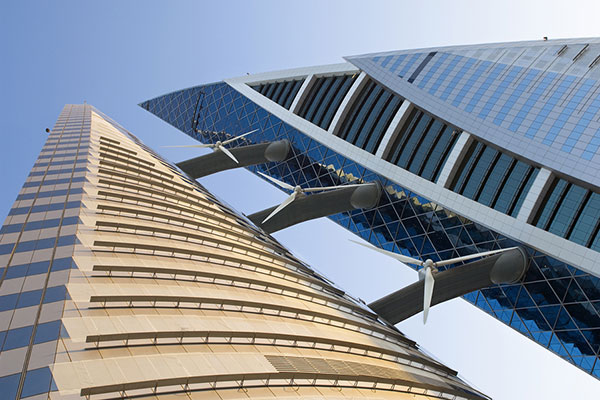 The United Arab Emirates is the most competitive Arab economy according to the report. The UAE (25th globally) was followed by Qatar (29th), Saudi Arabia (36th); Bahrain (45th). Kuwait is the most improved in the region (46th, up eight) while Lebanon, Oman and Yemen lost some ground.

Bahrain's performance has improved by a total of five points over the past year. The kindgom’s performance witnessed an improvement in 65 out of 103 indicators calculated in the report, allowing it to compete with some of the world's largest and most competitive economies.

Launched in 1979, the report provides an annual assessment of the drivers of productivity and long-term economic growth. The assessment is based on the Global Competitiveness Index (GCI), which maps the competitiveness landscape of 141 economies through 103 indicators organized into 12 pillars. These pillars are: Institutions, Infrastructure; ICT adoption; Macroeconomic stability; Health; Skills; Product market; Labour market; Financial system; Market size; Business dynamism; and Innovation capability. For each indicator, the Index uses a scale from 0 to 100 and the final score shows how close an economy is to the ideal state or “frontier” of competitiveness.

This year, the report finds that, as monetary policies begin to run out of steam, it is crucial for economies to boost research and development, enhance the skills base of the current and future workforce, develop new infrastructure and integrate new technologies, among other measures.

“The Global Competitiveness Index 4.0 provides a compass for thriving in the new economy where innovation becomes the key factor of competitiveness. The report shows that those countries which integrate into their economic policies an emphasis on infrastructure, skills, research and development and support those left behind are more successful compared to those that focus only on traditional factors of growth,” said Klaus Schwab, founder and executive chairman of the World Economic Forum.

The US (2nd overall) is the leader in Europe and North America. The United States remains an innovation powerhouse, ranking 1st on the Business dynamism pillar and 2nd on Innovation capability. It is followed by the Netherlands (4th), Switzerland (5th), Germany (7th), Sweden (8th), the United Kingdom (9th) and Denmark (10th). Among other large economies in the region, Canada is 14th, France 15th, Spain 23rd and Italy 30th. The most improved country is Croatia (63rd).

“What is of greatest concern today is the reduced ability of governments and central banks to use monetary policy to stimulate economic growth. This makes it all the more important that competitiveness-enhancing polices are adopted that are able to boost productivity, encourage social mobility and reduce income inequality,” said Saadia Zahidi, head of the Centre for the New Economy and Society at the World Economic Forum. – TradeArabia News Service