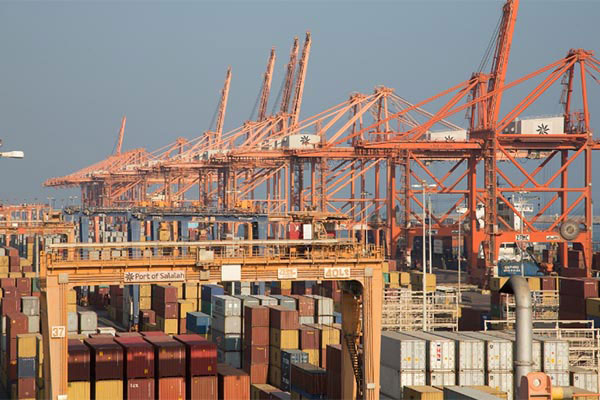 Bilateral trade between Oman and the US surged in value to over $4 billion in 2018, said officials during a recent press conference jointly hosted by the Oman American Business Center (AmChamOman) and the US Embassy.

Marc J Sievers, US Ambassador to Oman, was quoted by Oman Observer as saying that the free trade agreement (FTA) played a pivotal role in enhancing the growth of trade and economic ties between the two countries.

“Since the 10 years of the FTA, Omani exports to the US have doubled, while US exports to Oman have increased even more than that,” Sievers said. “Much of what American exporters send here are products that are not produced locally. What is advantageous about the FTA is that American products are available here at lower cost that they would be without the agreement.”

Bilateral trade, totalling around $3.7 billion in 2018, is estimated at well over $4 billion if the value of services is factored in as well. For the first eight months of this year, bilateral trade in goods alone totalled just under $2 billion.

Significantly, bilateral trade has been on the uptrend over the 10-year timeframe of the FTA, US Department of Commerce figures show. It has more doubled from the 2010 tally of $1.878 billion to last year’s estimate of $4 billion for goods and services combined, the Oman Observer report said.

Exports from Oman to the US market typically include PET plastics, fertilisers and jewellery, while imports into Oman comprise airplanes, transportation equipment, automobiles, auto parts, electronics, machinery and foodstuff, according to the report.