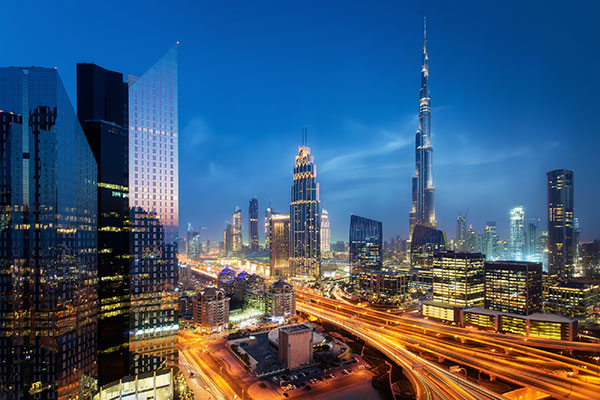 Dubai has risen up the ranks of the Global Financial Centres Index (GFCI) to number eight position, representing its highest ever ranking for its role in developing the regional economy and new pathways to boost the fintech sector.

The city is the only financial centre within MEASA (Middle East, Africa and South Asia) to appear within the top 10 rankings, placing it alongside other pivotal financial hubs such as London, New York, Hong Kong and Singapore.

Dubai was most recently placed number 12 within the Index in March 2019 and has consistently risen within the rankings, since the Index was launched 12 years ago.   Dubai has moved up 17 places since first appearing in 25th place in the inaugural report in 2007, and the latest placement represents an increase of seven GFCI rating points compared to March 2019.

Sheikh Maktoum bin Mohammed bin Rashid Al Maktoum, Deputy Ruler of Dubai and President of Dubai International Financial Centre (DIFC) said: “DIFC is one of the key initiatives at the forefront of Dubai’s new phase of growth and its efforts to create a business and investment environment that rivals the world’s best.”

“In line with the vision of Vice President and Prime Minister of the UAE and Ruler of Dubai HH Sheikh Mohammed bin Rashid Al Maktoum, Dubai will further increase its commitment to supporting the financial industry and making the city a leading player in shaping the future of the global financial landscape. Our sights are set firmly on the goal of becoming the No. 1 ranked global financial centre. We will also continue to work closely with the industry to help them deliver value and find new opportunities for growth,” he added.

Essa Kazim, Governor of DIFC said: “The DIFC’s continued pursuit of excellence and our focus on innovation is delivering on our blueprint for sustainable growth as we continue our journey towards transforming the future of finance.

“This ranking further underscores the economic potential of the region and the strong promise of Dubai as the destination of choice for international organisations, emerging companies and the financial technology leaders of the future to collaborate to deliver exponential growth.”

Established in 2007, the GFCI is released twice a year by London-based Z/Yen and the China Development Institute and provides evaluations of competitiveness and rankings for the major global financial centres.  More than 114 centres were evaluated as part of the 26th GFCI ranking, using more than 133 instrumental factors.

DIFC unveiled the new Insolvency Law in June 2019 to facilitate a more efficient and effective bankruptcy restructuring regime for stakeholders operating in the Centre.  Following this, a new unified, simplified and more expansive Prescribed Companies regime was announced by the DIFC, making structuring and financing in the Centre faster, flexible and more cost-effective.
In the same month, DIFC unveiled its new Employment Law in June 2019 to address key issues such as paternity leave, sick pay, and end-of-service settlements to support the workforce based in the Centre, whilst protecting and balancing the needs and interests of both employers and employees.

The DIFC also launched the Employee Workplace Savings (DEWS) scheme, which will see the evolution of end-of-service benefits from a defined benefit scheme to a defined contribution scheme, while offering a voluntary savings component for employees.

The centre experienced sustained growth in the first half of 2019, welcoming more than 250 new companies, and bringing the total number of active registered firms to 2,289, demonstrating a 14 percent increase year-on-year. The DIFC now boasts more than 671 financial related firms, an 11 percent increase from the same period last year.

In January 2019, the DIFC reaffirmed Dubai's mission to become a major economic force in the Middle East by unveiling the latest phase of an ambitious expansion project that will see the centre triple in size.

The centre has also witnessed a significant increase in the number of FinTechs applying to participate in the DIFC’s dedicated accelerator programmes, which has become a first step towards testing the regional market for many global start-ups. – TradeArabia News Service