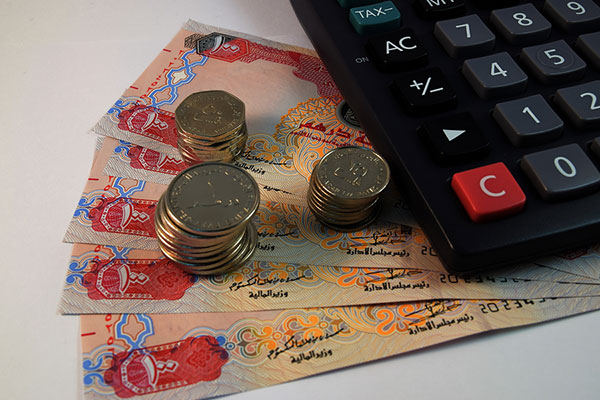 The overall operating income across the UAE’s banking sector improved marginally from Q1 2019, largely driven by consolidation activity in the sector as the merger of ADCB with Al Hilal Bank and UNB completed in the spring, a report said.

The headline figures also hide a disparity in terms of individual performances, which offset each other to produce only marginal rates of change overall, added the latest UAE Banking Pulse for Q2 2019 released by leading global professional services firm Alvarez & Marsal (A&M).

The completion of the merger of UNB and Al Hilal Bank into ADCB has removed two independent players from the market. Although the expected pace of M&A activity could slowdown, increasing regulatory requirements, digital spending, pressures to reconfigure physical infrastructure and competition are likely to support the case for further consolidation in the sector.

Alvarez & Marsal’s UAE Banking Pulse compares the data of the ten largest listed banks in the UAE, looking at the second quarter of 2019 (Q2 2019) against the previous quarter (Q1 2019).

The prevailing trends identified for Q22019 were as follows:

1.    Deposits for the top ten banks grew at a faster rate (8.5 percent) than Loans and Advances (7.7 percent)in Q2’19, which put pressure on margins.
2.    Growth in operating income increased significantly, partially driven by ADCB, which reported a 26.8 per cent QoQ increase in NII (the result of the merger).
3.    NIM improved marginally by 3bps in Q2‘19 to 2.48 per cent over Q1’19. The improvement was largely driven by increase in loans and advances, and a stabilized yield on credit.
4.    The overall C/I ratio increased from 31.8 per cent to 32.9 per cent, but this was mainly the result of the costs incurred by ADCB in implementing the merger. Excluding ADCB, C/I ratio was 31.7 per cent for Q2’19.
5.    The upward trend in cost of risk continued from Q1’19. The CoR was marginally up at 0.9 per cent as several banks increased their net loan loss provisions by 15.0 per cent in the quarter. There were higher than previous averages impairment charges for some of the banks; it is likely that this could be due to the continued pressure on the broader real estate sector, although overall exposure to real estate remained largely unchanged. However, CoR is likely to increase further on account of pressure seen across the real estate, hospitality and retail sectors amid softening economic conditions.
6.    Overall return on equity (RoE) decreased in Q2’19. However, six of the ten banks covered in the Banking Pulse reported an increase in RoE.
Alvarez & Marsal’s report uses independently sourced published market data and 16 different metrics to assess the banks’ key performance areas, including size, liquidity, income, operating efficiency, risk, profitability and capital.

Asad Ahmed commented: “The top ten UAE banks reported steady performance in top line during Q2’19 but well below the 2018 average of 5.6 per cent, against a backdrop of reduced economic growth. For the remainder of 2019, we expect margins to remain under pressure due to the rate cut in July 2019, and further rate cuts are possible. It’s also clear that different banks are adopting different strategies according to their individual circumstances, leading to significant variation on certain metrics.

“Increased funding costs are likely to impact banks amidst intensified competition for deposits and tighter liquidity in the second half. As such, with any more tightening in liquidity, banks could take this as an opportunity to readapt their business models based by increasing efficiencies that match the current scenario.

“Moreover, as observed in the first half, major initiatives announced by the UAE government are expected to drive credit growth in the banking sector. Much of this will be underpinned by increased infrastructure investment, especially in Abu Dhabi following the fiscal stimulus and further efforts to drive economic diversification. We also expect the new rules on long term visas and increased diversification in the ownership structure of companies to have a positive impact in the second half of the year.” - TradeArabia News Service