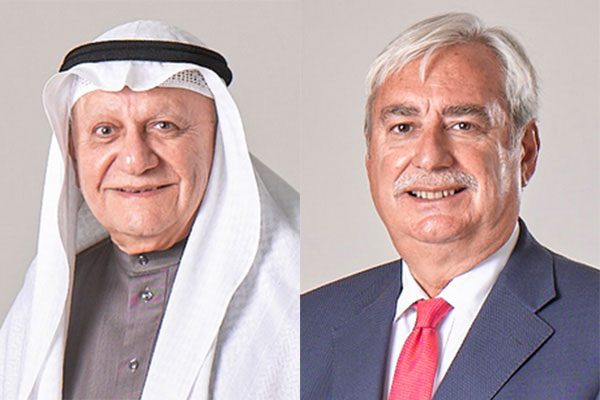 This was achieved despite provisions of BD4.7 million, which were more than double the provision amount in the corresponding period in 2018, a bank statement said.

Farouk Yousuf Khalil Almoayyed, chairman of NBB, said: “NBB continued to deliver strong growth and performance throughout the first half of 2019. Record results once again reflect the ongoing success of our strategy and the achievements made in transforming the bank with a focus on modernisation and further diversification and digitalisation of the business.”

“Continued expansion and income generation from our core banking activities drove strong gains in operating profit with another significant increase of 17.3 per cent reported for the first half of the year. With the new brand identity launched during the first quarter, we have also gone on to introduce our new branch concepts for the future.

“During the second quarter of 2019, we opened our flagship Seef Mall branch, which embodies the enhanced customer journey we aim to provide across all of our network, which remains the largest and most robust in Bahrain.

“The second quarter also saw NBB named by Euromoney as Best Bank in Bahrain, an honour awarded to us in recognition of our continued market leadership and the impressive growth, profitability and innovation that our strategy continues to deliver.

“We are extremely proud of these achievements and of the hard work and dedication of our management and employees. In the second half of the year, we will build on this momentum and are confident that we will achieve continued growth and even greater value creation of our shareholders, customers and community as we work to get closer to all our stakeholders,” he added.

Jean-Christophe Durand, chief executive officer of NBB, said: “Record profitability and results for the first half of 2019 reflect the success of the transformation underway at NBB. Consistent top and bottom line growth demonstrates that our strategy is working and that our customers and the market are seeing and responding positively to the new and innovative approach, which firmly puts both the customers and the economy at the centre of our journey.”

“Gains in operating income and profits during the period were the result of further business expansion and growth as well as the prudent management of costs. Keeping this balance remains essential to achieving our objectives and ensures we are able to continue investing in innovation and grow in a market that demands we stay at the forefront,” he added.

“During the first half of 2019, the bank increased by 2.0 per cent its level of loans and financing across individuals, SMEs and corporates. Continued product innovation and effective promotions also helped retain robust levels of retail and institutional customer deposits. On efforts to enhance the customer experience, the first half of the year and second quarter have seen further upgrades across the Bank’s physical and digital platforms.

“We are better by using technology and automation to raise efficiency while also introducing customer service innovations at our call centre and in branches through new partnerships and on-site services and care. During the period, we also saw more progress in diversification and geographic expansion, central pillars of our business transformation.

“For SMEs, we are working to create tailored solutions that enable us to be the preferred local partner for business while for large corporates and the economy, we are significantly stepping up our debt capital market and advisory activities. With a market leading team in place, we are now focused on taking a more leading role alongside other sizeable regional banks in the provision of financing and syndications and have already developed a strong track record.

“On the regional front, we are also now swiftly moving ahead with planned expansion in the Kingdom of Saudi Arabia and the UAE. Over the past six months, we have continued building our team based in the Kingdom’s capital and have recently received approval from the Central Bank of UAE for “reactivation” of our branch licence in Dubai, from where we will focus on growth in corporate and commercial banking operations. We are extremely pleased with the direction that these developments are taking us and anticipate further progress and strong performance throughout the second half of the year,” Durand concluded. – TradeArabia News Service