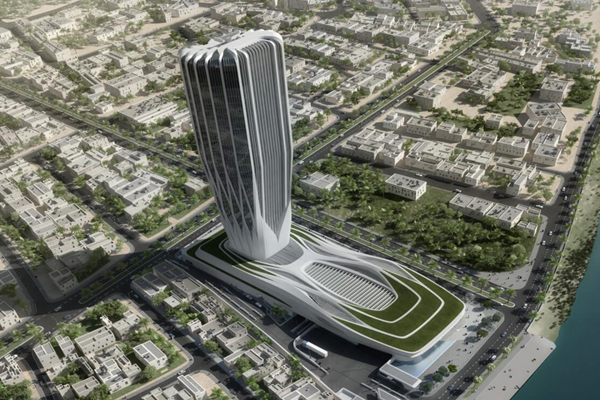 Iraq said work is progressing at a steady pace on the new head office building of Central Bank of Iraq (CBI) and is on track for completion by 2022, reported Reuters citing a senior official.

The 37-storey building is located on the banks of the Tigris River in Central Baghdad.

The 162.52-m-tall building, which boasts a 93,552-sq-m area, is being built at an estimated cost of $772 million, it stated. Enabling and deep foundation works have already been completed on the project, it added.

CBI had commissioned the late Iraqi-British architect Dame Zaha Hadid in 2010 to design the project, which would cater to the bank's future needs while also making an "architectural statement about the bank's role in the Iraqi economy," revealed Saleh Mahood Salman, CBI's director general of administration.

And in February 2012, Zaha Hadid Architects (ZHA) was awarded the contract for the design stage of the new building following the completion of the brief development.